[CANCELLED] May G3 – The Edelman Trust Barometer: Measuring Your Clients

The Edelman Trust Barometer, the world’s largest survey of trust in institutions conducted in 28 countries shows that 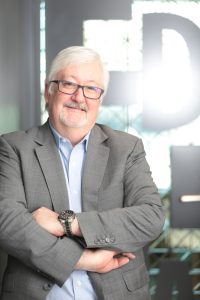 only 40% of Japanese employees trust the company they work for. This is somewhat counter intuitive given the image of the self-sacrificing, all for the company image that is held about Japans salarymen. Ross will address this and other issues including what is behind the Trump phenomenon and rising populism in the world’s advanced economies.

April’s CEO Insights meeting will welcome Edelman’s Japan boss, Mr. Ross Rowbury. Ross has been living and working in Japan for 35 years. Originally working in finance, Ross moved to the public relations industry some twenty years ago. Over that period he has been advising executives from both Japanese and non-Japanese companies on communications strategy and implementation.

Tickets are not available as this event has passed.