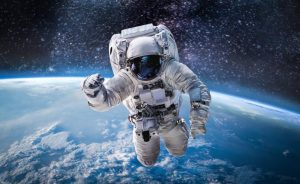 With the ending of the Apollo program and the retirement of the Space Shuttle in 2011, many may have been concerned about next steps for NASA and the exploration of outer space.  However, we have watched how private companies have thrived and been able to discover new and innovative opportunities in space, while NASA has remained at the forefront of enabling this flourishing industry.  Now with the Biden administration in the cockpit, what is the future for space?  During the February CEO Insights luncheon, we will welcome special guest Mr. Garvey McIntosh, NASA Attaché for Asia based at the U.S. Embassy Tokyo.

Garvey will be sharing his thoughts on what NASA has learned from the past, how it is conducting it current missions, and its plans for the future.   He will address the importance of  international cooperation with Japan and other nations around the world.  In addition, with last year’s 50th anniversary of the Apollo 11 Moon landing, he will discuss what the future holds for the exploration of the solar system and beyond.

Come join us for a great chance to see the intersect between science and business.  Quoting the famous astronaut in the animation Toy Story,  “To infinity and beyond!

CI Members- RSVP Below to secure your seat at the event

Garvey McIntosh is currently the NASA Asia Representative based at the U.S. Embassy in Tokyo. In this capacity he is responsible for the coordination of NASA programs and interests in Japan and other countries in the Asia Pacific Region. He also works with regional aerospace officials on key programs and serves as point of contact for NASA related meetings and travel. Since joining NASA in the Office of International and Interagency Relations (OIIR) in 2003, Garvey has accumulated a broad range of experience. While in OIIR, he has negotiated and completed agreements with the Japan Aerospace Exploration Agency (JAXA) and NASA’s other international partners on the Space Shuttle, International Space Station, high-energy physics and astronomy.

Tickets are not available as this event has passed.